Funeral doom represents the other end of the extreme metal spectrum to black metal in many ways. Whilst death metal largely relies on riffcraft before guitar tone to justify its existence, for funeral doom and black metal (approximately the fastest and the slowest of underground metal), surface level aesthetic can make or break an album. By ‘surface level aesthetic’ I of course mean that foggy notion we call ‘atmosphere’. If a funeral doom album is produced well (i.e. creates the desired atmosphere), the result can be pervasively depressing music. Get it wrong, and it can lead to amateurish abrasion, and not the good kind.

Funeral doom’s sluggish tempo is again a blessing and a curse. Unlike black metal, which is predominantly a fast genre, funeral doom grants the listener a chance to absorb the full horror of the music before them. Get this right and the impact can be more powerful than faster music, this is because every moment takes so long to end we must behold its full horror before it allows us to move on. Get this wrong and every poor choice in composition and recording is right there for all to see, it does not rush past to be forgotten in a moment. This week sees us look at an example of this done right, and an example of this done wrong.

Esoteric are yet another alumni of that fertile spawning ground of sonic misery that is Birmingham UK. Although Finland’s Thergothon and Skepticism are often credited as creators of the funeral doom subgenre, Esoteric were their contemporaries, and were arguably fashioning more uniquely haunting music from the get-go. Their debut LP – 1994s ‘Epistemological Despondency’ – was released as a double disc epic, with each part reaching nearly fifty minutes apiece. The production is thin, but not to the detriment of the music. Drums are distant and cavernous, as if forcing drummer Darren Earl to play at uncomfortably slow tempos. Guitars are deep and reverb laden, but when the high end is utilised, the occasional lead or the opening riff of ‘Only Hate (Baresark)’, it becomes an almost nightmarishly comical study in the pathetic. Because the music is often broken up by ambient and noise passages, laced with discord straight out of a horror film soundtrack, the guitars occasionally serve as reprieve to these passages when not working their way through droning, overbearing, doom riffs. 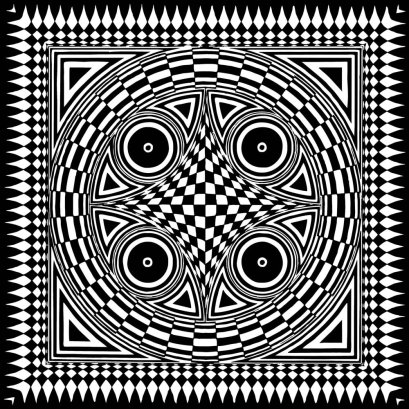 Vocals are of course deep and distorted, working as an additional atonal instrument to add texture and depth rather than to break up the music with anything as civilised as a verse. Again, at both ends of the spectrum, whether music be played at break-neck pace or hellishly slow, the result can often be similar in impact. What we are presented with here could roughly be described as ‘heavy dark-ambient’, with just enough rhythm and musical progression left for us to associate this with something that was once rock ‘n’ roll, a long time ago. The end result is a pit of black despair, the discord of our nightmares made flesh. When Esoteric do pick up the pace the riffs are so grating that they seem to mock our traditional notions of music, being just familiar enough for us to know what they should sound like, but twisted too far beyond the comfort of the basic building blocks we know and love.

Finland’s Thergothon, unlike Esoteric, were to burn brightly(?) but briefly with their one full length offering dropping in 1994, ‘Stream from the Heavens’. As mentioned above, these guys are remembered as something of genre pioneers when it comes to funeral doom, and whilst that may be literally true in terms of their place in the chronology of sloooooowed down depressive metal, it has always been my feeling that their contemporaries were offering something far more noteworthy than the scant releases Thergothon had to offer. The reason is largely down to poor choices in production and aesthetic outlined above rather than particularly poor composition. 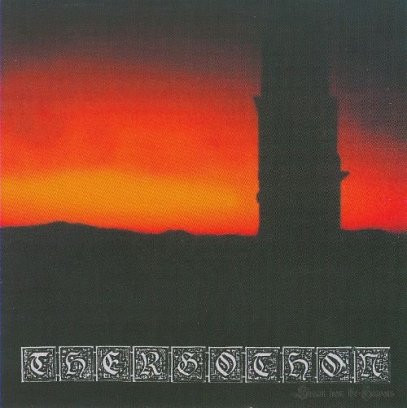 Now let’s be right about this, the production on SFTH is truly awful, and not in a way that serves the music in any way. The guitars offer a stodgy wall of feedback and droning chords, true of much funeral doom certainly, but the result for the listener is irritation as opposed to imposition. The drums plod along in the background and just about keep this music from becoming a homogenous glob of irritation. As with any metal that verges on doom, creative drumming is essential. It does not have to be particularly technical, but just try to imagine Skepticism’s ‘Stormcrowfleet’ or Winter’s ‘…Into Darkness’ without the unique drum tracks holding those albums together, and it throws this truth into sharp relief. Such creative drumming is absent here.

Vocals vary from the usual deep, distorted growl that is the industry standard for funeral doom, to more clean singing. Again, I must point that out of tune clean singing can sometimes be highly effective, offering us a haunting, off kilter mutilation of something we feel should be familiar. But here they just sound like a mistake. Like a recording of children practicing for a recital on a cheap tape recorder with just enough static to make the track unusable. Quite simply, they do not sit right in the mix to create the desired effect.

And that is true of basically every element of SFTH. Nothing is placed where it should be in the mix to have any impact other than tedium. Such an indictment need not be a damning one if the compositions were there, but there are not enough creative musical ideas to save this album. There are no dynamics, no variation, no contrast to remind us that what we are experiencing should be depression or despair. If the mood and atmosphere is constant and unchanging, we have nothing to contrast it with and therefore no idea what we should be feeling. So the mind switches off, the album plays out leaving no lasting emotional impact on the listener.

Esoteric can be every bit as droning and monotonous as Thergothon, but this is broken up by faster tempos, changes in texture and dynamics, noise passages, engaging guitar leads, and a switched on drummer who knows when and how to lend impact to a crescendo. All things which can be found in the music of Skepticism and the best that funeral doom has to offer. If you are to play music so dangerously slow for the length of an LP, you do so at the risk of the listener disengaging emotionally with the music, unless some other unique and creative ideas are at play to engage the mind.

There is no acknowledgement of the epic in ‘Epistemological Despondency’ like we might find with Skepticism’s music. Esoteric are not even content to leave their music exploring the many caverns of human despair and depression, choosing rather to blend this with urgency. The guitars are augmented by discord and noise that drags this out of mere background music to the very fore of our psyche. It is at once a lumbering ever present burden as well as an unbearable nightmare. This makes their music unique and engaging even after repeated listens. So it will come as no surprise that I am binning off Thergothon this week in favour of these glum Brummies.

One thought on “The never ending funeral: Esoteric and Thergothon”