I guess back in the day old school death metal was just…death metal. At some indeterminate point in the early 2000s it came to refer to artists at work roughly between the years of 1985 to 1993, who made a name through tape trading and zines. More recently still some metalheads have revisited our history for another dose of revisionism. OSDM can now refer to a certain primitive style of death metal. More a vague ideology than any identifiable musical properties. A DIY ethic, dirty production, artwork that champions the traditional gore or morbidity aesthetic, nothing too abstract or philosophical.

It’s death metal’s equivalent of homespun charm, traditional values, nothing too fancy or out there: if it ain’t broke don’t fix it, dick in a vagina, meat and two veg, I know what I like and I like what I do. By this logic, modern artists are sometimes tagged OSDM if they tick enough of these boxes. But setting this aside for now, here are two artists that both lived and worked the old school sound, and still do to this day. They are what I like to think of as the workhorses or powerhouses of death metal. Nothing too fancy, but material of consistency and quality that is worth celebrating.

Away from the noise and fanfare surrounding Scott Burns’ Morrisound Studios in Florida, the well-oiled machine of hardcore infused NYC death metal, and the d-beat energy of Swedish Sunlight Studios alumni, sat Chicago; and a set of artists producing primitive, grim, and eerie death metal in a world of its own. Death/doom metallers Cianide remain a cult classic among the faithful, but existed in the shadows of their universally adored piers Autopsy. The first LP ‘The Dying Truth’ released in 1992 remains a decent slab of primitive old school death metal by anyone’s standards. 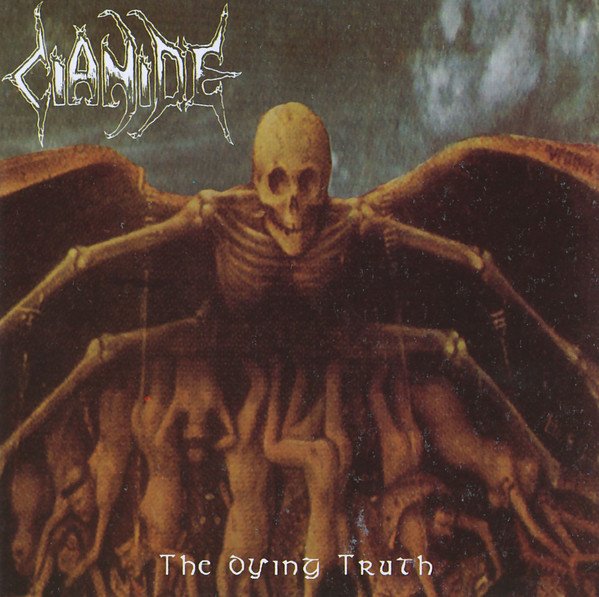 Production is lo-fi as fuck, with deep fuzzy guitars working their way through simple atonal riffs. The full depth of the bass drum does not quite come through on the finished product, so to compensate the snare has been lased with excessive reverb, as a result it does not cut through the mud of the guitars in the same as say Winter did on ‘Into Darkness’. However, their distant, consistent rhythms call to mind a funeral procession of sorts, as many of the rhythms settle around a lackadaisical marching pace. Rarely do the drums pick up the tempo, and when they do it feels like a mad scramble to finish when contrasted with the melo rhythms that make up the bulk of this material.

Vocals are of the low end guttural growl of death metal, which is ideally suited to this music. This is minimal death metal, sluggish but not slow enough to be considered full doom metal. It adds a certain solitude to the music which is rare in death metal, which is nothing if not energetic most of the time. The music is basic, with dirgey, funereal riffs underplayed by these distant cavernous drums, lending the music an end-of-life feel more profound than the typical violence of Cianide’s peers. One could almost call it necro death metal, so accomplished is this release in evoking death and the dead in the mind of the listener. But this approach would prove to be overly subtle, not enough to propel Cianide to the global fame that they deserved. The obscure intrigues of this release are atypical of death metal, but the tempo is often too upbeat to be considered doom, even though the atmosphere of ‘The Dying Truth’ is probably closer to funeral doom than any death metal that was released at the same time.

The flipside of the OSDM coin to the understated charms of ‘The Dying Truth’ is exemplified by Dutch death metal legends Asphyx. Having released a few straight forward demos in the late 1980s, aided by vocalist Martin van Drunen fresh from a tour of duty in death metal legends Pestilence, much promise lay ahead. Their debut full length ‘The Rack’ dropped in 1991 and offered a sound every bit as distinctive and powerful as their cousins up in Sweden. Asphyx revel in how basic their music is. With a guitar tone similar to the infamous Swedish ‘buzzsaw’ sound but with a touch more clarity, this limits Asphyx to relatively simple riffs of a chasmic thrash variety, with the occasional simple lead or even solo chucked in for safety. 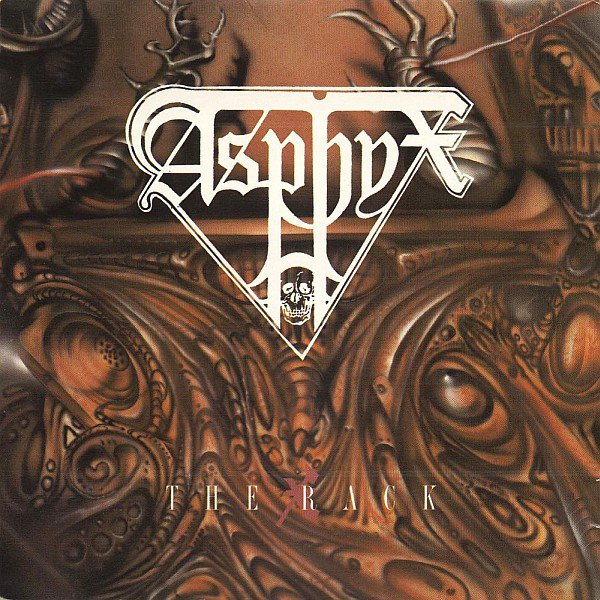 In the wake of the guitars is a fuzz of static that dominates the music when Asphyx pick up the pace, with prominent, unadorned bass left to cut through the mix and lend context. Drums are given few enhancements in production, but enough of the bass is picked up to lend weight and power to this music. Drunen’s vocals are hard to describe, suffice to say his voice is always instantly recognisable for it’s high, almost whiny, gargle effect. Honestly I can’t go further with that description other than to say give it a listen. The faster sections of this music are not all that original, even by 1991’s standards, but when Asphyx indulge in their doomy side they really shine. Asphyx are primarily a death metal outfit that play doom metal, as opposed to Winter and dISEMBLOWELMENT who featured a few weeks ago, who are doom metal bands playing death metal.

Whilst this may seem like a ridiculously fine grained distinction to make, it is important to note, because it informs Asphyx’s approach to composition. There is urgency to this music, an energetic riff salad that occasionally threatens to bubble over into chaos, and then the guitars cut out, and drums slow to a sombre pace, and droning but aggressive chords will take over, sometimes punctuated by basic harmonies laced with reverb. This adds tension and contrast in the music of Asphyx as opposed to those aforementioned doom bands that rely on atmosphere and gradual builds to drive the music forward. For this reason the death/doom of Asphyx is not engaged in a race to the bottom to be the slowest or the heaviest, as long as the riffs make sense and add to the compositional progression of the music then it works. And special mention must be given to the opening riff of the title track, which is one of those riffs that I could listen to for hours on end without getting bored.

More recently they have fallen into self-parody, truly embracing the mythos around OSDM, constantly re-affirming that they play OSDM at gigs and in their lyrics, and even in the titles of the last three releases: ‘Death…the Brutal Way’, ‘Deathhammer’, and ‘Incoming Death’. They pride themselves on being one of the old school, but other more forward looking members of the old school like Gorguts or Cynic are not associated with this name because OSDM has become a style. For this reason there is a danger of revisiting history somewhat. Today when we stick ‘The Rack’ on there is a temptation to say ‘this is how it used to be, before all this fruity jazz stuff’, but Death were introducing fruity jazz stuff into death metal before ‘The Rack’ was even released. Nevertheless, it is a fine album with many meaty riffs to get your teeth into.

Cianide’s ‘The Dying Truth’ represent something of a lost art in death metal, an understated, creepy approach that save for a few underground artists has rarely been mimicked in recent years. However, this time around I am going to have to join the mob and sing the praises of Asphyx (you don’t make friends with salad) as the superior release, simply because it is too damn enjoyable to ignore. When the mood is right, and night has fallen, there is a unique appeal to ‘The Dying Truth’, but because of its bespoke charms the occasions for giving it a spin are rarer than ‘The Rack’.