1994 was something of a turbulent watershed for black metal. Some of its most revered works were released, some or all of which regularly make top multiple-of-ten lists to this day. It was also the year that many of its most infamous crimes were brought to light, and for a brief time the world beyond the metal underground became aware of black metal as a hotbed of mass arson and murder. But most importantly for genre pedants, it was the year that genuine subgenres began to emerge from the void. This began, as many subgenres do, as merely superficial differences. Polished production vs intentionally terrible production, melodic vs atonal, more tempo changes, more solos etc. etc. This begged the question: what is it that sets black metal apart from its closest cousins? To answer this question, let’s look at two extremes of the spectrum from around this time, Darkthrone’s ‘Transylvanian Hunger’ released in 1994, and Summoning’s ‘Dol Guldor’ released in 1996.

Darkthrone need no introduction. After the surprisingly unique death metal fodder of their debut ‘Soulside Journey’ released in 1991, they quickly shifted gear to join the growing ranks of abrasive black metal artists with follow up ‘A Blaze in the Northern Sky’. Many of the riffs would still be at home on a death metal release, but Darkthrone had embraced the lo-fi production values of the growing black metal movement without warning their label Peaceville, much to their annoyance.

This and the two albums that followed were to form a trilogy that would make up the backbone of Norwegian black metal and come to define its sound. Raw but atmospheric production, mid paced blast beats, tremolo strumming, simple harmonic leads, and high pitched, ghoulishly distorted vocals. 1994’s ‘Transylvanian Hunger’ was the culmination of all these elements. In terms of the sheer volume of artists and albums that have mimicked this style, TH can probably boast the title of ‘most influential black metal album ever’. This also goes for the trademark black and white cover design of a loan figure covered in corpse paint. 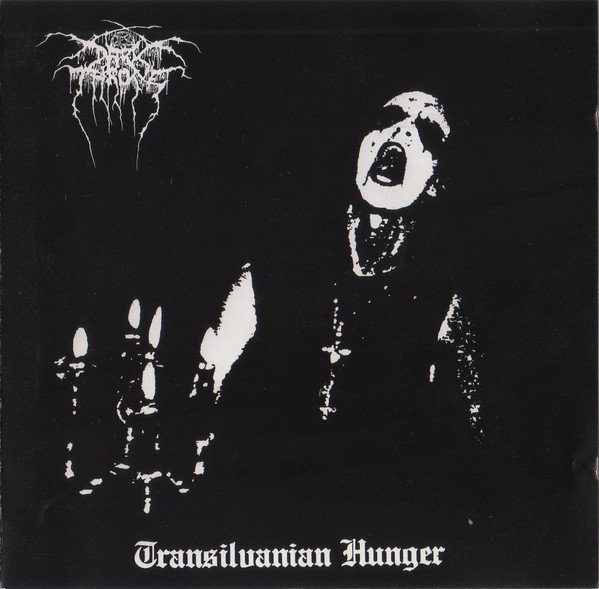 The formula and execution is simple. Strip metal of every method save tremolo strumming, simple harmonies, blast beats or 4/4 rhythms, only vocalise in a distorted rasp, and do away with any production values in the traditional sense of the word. But this characterisation is an over simplification of what Darkthrone were doing here. To call it bad production, for instance, ignores the fact that Darkthrone innovated bad production by choice within extreme metal. This makes the word ‘bad’ inappropriate.

The drums still have reverb in certain places. The lead guitars such as they are, are still couched in the mix exactly where these musicians intended them to be. The fact that these musicians were capable of playing complex death metal with crystal clear production values but chose not calls to mind an old adage a friend of mine uses when it comes to so called ‘noise’ genres: ‘cheap for those who can afford it, very expensive for those who can’t’. There’s not a ‘Transylvanian Hunger’ inside any old regular Joe. Darkthrone deliberately chose which elements of their music to augment and which to diminish in order to create the grimmest experience that they could. In this respect every aspect of TH is manufactured to create a certain kind of listening experience just as much as a Pink Floyd album. For truly alienating raw black metal see Ildjarn.

Superficially Summoning’s third offering, 1996’s ‘Dol Guldor’, laid the foundation for the opposite extreme of black metal. I say superficially because in the light of the above discussion there are similarities of intent behind each album, and some similarities in technique. However, whilst Darkthrone achieved almost exactly what they were aiming for with the finished product that was TH, Summoning’s ‘Dol Guldor’ is not polished enough to carry the epic film score style that these musicians were reaching for. However, the music itself is more than capable of shining through. 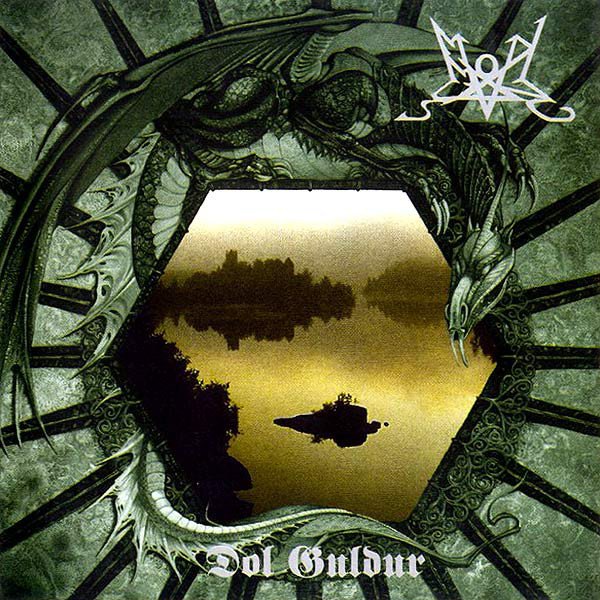 Like the works of Tolkein that this music draws upon, a certain suspension of disbelief is required on the part of the listener, one must simply accept that you have entered their world in order to enjoy the music. Summoning use keyboards to play simple arpeggios, folk melodies, intuitive chord sequences, with tremolo guitars subordinated to providing texture and depth. This is underpinned by a drum machine programmed with rhythms that focus on snare and tom play more than anything else, lending an almost ritualistic flare to this ponderous, melodic metal. Symbols are used sparingly. This is sometimes referred to as ambient black metal, but such emphasis is placed on rhythm as a cornerstone of this music I believe this description misses the mark.
Certainly what we have here is the beginnings of keyboard driven black metal, intent on epic soundscapes as opposed to out and out aggression or coldness. These musicians want to convey epic narratives and tales through the interplay of strings, brass, synths, and guitars. Their dedication to the world of Tolkien goes beyond lyrics and cover art to truly influence their approach to writing music.

Summoning would go on to build on this style, with each album working like the next chapter in their tale, building on the last, different enough to be noticed, but not so jarring as to shock. Their career has taken on the form of a traditional narrative epic, with each album making sense in the context of what came before.Although one can tell that the keyboards and drum machines on ‘Dol Guldor’ are definitely keyboards and drum machines, this lends a quaint charm to the music which can suck you in if you let it.
In terms of musicians achieving exactly what they set out to do, ‘Transylvanian Hunger’ is probably one of the most successful albums in metal history. It has set the blueprint for what many call to mind when they think of black metal; a description of this album is a description of black metal. Summoning’s ‘Dol Guldor’ falls short in this respect, but it looked forward, and opened up new creative spaces for a subculture most in danger of disappearing into its own noisy arsehole. What do these albums have in common? Aside from vague similarities in techniques used (tremolo strumming, vocal technique), they each approach music through attempting to create atmosphere and emotion first, and composing music based on the most effective way to achieve this. Each track does not develop much on where it started from, exploring one mood in detail throughout, each track complements the last and is perfectly placed within the album to form its part of the narrative. Although metal had done this before, black metal took this one step further through economy of riffs and abundance of atmosphere. Variations abound, things would never be the same again after the advent of Summoning’s first three albums.