When music of speed reaches some unknowable tipping point and morphs into ambient noise, it becomes akin to music at the opposite, unbearably, sluggish pole. These pioneers of doom played so slowly the prefix ‘funeral’ was added to emphasise just how fucking slow it is. They are aesthetically closer to black metal than they are to the mid paced death metal that spawned them. Funeral doom relies on atmosphere, slow, droning guitar chords, guttural vocals, drums that build up and down around each chord, each crescendo, eagerly anticipated by the listener. Despite being reeeeeeeeeeally slow, the distinguishing feature of much of this music is wanton depression.

Skpeticism, along with fellow Fins Thergathon, are widely credited with birthing this subgenre within a subgenre, and there is no better place to start than with their debut of 1995, ‘Stormcrowfleet’. Listening to this album feels like witnessing the fruition of the history of metal to this point. Whilst much that came before it was essentially rock music aspiring to something beyond itself, something more ambitious than rock music, Skepticism seemed to approach music from the other way around, and wrote epic ambient/neoclassical riffs at a snail’s pace, and played it on ‘rock’ instruments. Down-tuned guitars are certainly there, but their function has been relegated to adding texture than any lead capacity. Their presence is reduced to adding weight and drama when necessary. 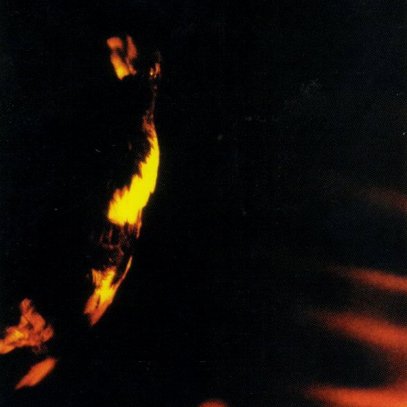 The real stars of this show are the drums and the keyboards. It cannot be stressed enough how important the drums are to music played so dangerously slow. Past the other pole of extremity keeping time is almost equally as hard, concentration easy to lose, but there is also much opportunity for builds, crescendos and fills between each chord. Skepticism took this a step further by muffling the snare and tom sounds with material, and adding lavish reverb, thus adding cavernous heartbeats to the grimly epic film-score vibe. Keyboards range from a synth string sound to a church organ (the real deal of which would later become a permanent fixture on future albums), and these largely provide what little melodies there are. Vocals are at the very low end of the guttural death metal growl, with each syllable taking nearly as long as each droning chord to be uttered. So inhuman are they, that they simply perform the role of adding yet more depth and texture rather than demanding the listener’s attention as vocals normally do on anything remotely more conventional.

With all this in mind it becomes necessary to ask what this music amounts to? Every element is understated, none takes the reigns and drives it forward in any obvious way, they all mesh together, but so slow is the pace that it feels like an age before musical development in any sense takes place. We are left with the bare bones of atmosphere. But an atmosphere so pervasive that it seeps into the soul, sometimes epic, more often dark, and very occasionally triumphant. Slow is the music and slow is the realisation in the listener as to the emotion they are experiencing as a result. I would even go so far as to coin the term heavy-ambient to describe this, as whilst the music is stripped down it remains more efficient than ambient music proper in driving a point home.

A few years later, and few thousand miles further south, another doom outfit had begun to make waves. Worship, of Munich, proved to be a short lived yet highly regarded project. In their first incarnation their only release was 1999’s ‘Last Tape Before Doomsday’. They quickly disbanded after drummer/vocalist ‘Fucked-up Mad Max’ committed suicide. Luckily for the fans they did reform in his memory in 2004 and are still active today. But it is this first offering that fans return to time and time again. And with good reason.

Musically it is certainly more conventional than ‘Stormcrowfleet’. The drums behave more like what one would expect from a rock drum-kit, albeit played at a high-octane slow pace. Guitars wash by, down-tuned, droning, and slow, but again, extreme metallers would be on more familiar territory in regards their tone at least. Vocals are of conventional death metal fair, slow, deep, understated. So what, aside from being reeeeeally slow, sets ‘Last Tape Before Doomsday’ apart as a funeral doom album?

The answer is simple, and rather underwhelming when put into words, it is, quite simply…depressing. When I say depressing, I mean it is a contender for one of the most depressing pieces of music ever put to record. Keyboards provide texture, the occasional piano melody, mocking in its simplicity and sluggishness, guitars are sometimes clean, laced with reverb, but the music itself, the manner in which the composition sits atop these rather conventional building blocks, makes for a truly hope crushing listen. Minor keys abound, complimented by the tritone, and the occasional discord for good measure, it follows in the extreme metal tradition of aping horror film-scores, but not the jump-scare variety, more of the atmospheric, eerie, and yes, depressing variety. So alien are some of the chord structures and narratives that manifest over the course of its runtime, that it seems to encase the listener in an impenetrable wall of black, from which there is no escape. Memories are stripped, and we are immersed in this alien and hostile world, only dimly aware of a self with a life we once knew.

I wanted the key to this work’s success to be more intricate too, but sadly, there is no other warm academic explanation to take solace in this time around.

In comparing these too master strokes of doom, one must isolate what they actually have in common as opposed to superficial similarities. Of course they are both really slow albums, one step beyond slow death metal with the same basic building blocks. But whilst Skepticism were going for a dark yet epic experience, almost triumphant at times, Worship wanted nothing to do with that, and thus ended with a very different beast. For that reason one’s pick of the two may vary from day to day, mood to mood. However, since something more concrete is demanded here, I will fall back on facts no one can disagree with. ‘Stormcrowfleet’ came first, and paved the way for funeral doom to follow. Not only that, it explores more moods, touches on more themes, and results in one of the most cohesive wholes that ambient metal has to offer. ‘Last Tape Before Doomsday’ is a masterful rumination on one mood and one mood only, but for that reason falls just shy of what these Fins were capable of.

One thought on “A new doom, the twilight of joy: Skepticism and Worship”