By 1980 some interesting developments had occurred, developments that were to prove to be essential for heavy metal to stay relevant and fresh into the new decade. The most important external factor was punk. I often view the punk movement as a catalyst of sorts. Whatever value it held in its own right, as protest music, as modern folk music, hell as pop music, it made the giants of the 1970s stop and take notice. Here was music that was grabbing headlines, grabbing people’s imagination, inspiring and stirring the youth of the age, it was all that at the same time as being piss easy to play, so easy it often came across as a parody of pop music. Punk musicians got where they did through enthusiasm and energy alone. For metal guitarists in particular, proud of their carefully cultivated reputation for virtuosity, this was a wakeup call. Just because it is difficult, don’t mean anyone is paying attention. The big splat that was punk music left its mark on many forms of contemporary music to come, forms of music that may have been more immersive than punk in its purest form, but nevertheless owed a debt to it.

The rise of NWOBHM occurring at roughly the same time managed to assimilate some of these lessons while losing none of the ambition of the albums from giants of 1970s rock and metal. A second very important factor in all this was the rise of Motorhead. Part heavy metal, part punk, part blues rock, this giant of the age acquired mass appeal and provided heavy metal with a renewed commitment to aggression, speed, and energy. Such events conspired to create a new wave of heavy metal bands, the next generation, with a new drive and impetus, but they weren’t all British, and they certainly weren’t all stadium friendly. If we must measure history in decade long chunks for ease of intellectual digestion, then the 1980s was the watershed for metal, when it underwent a genuine split between a mainstream cabaret of over the top party music, and a genuine underground movement rooted in far older ideals and influences.

At the forefront of this, and in the shadow of Iron Maiden, were artists like Angel Witch. Their 1980 self-titled debut may not have aged well, but it is a genuine DIY effort that promises more than what the musicianship actually lets on. There is no point in dressing this release up, these musicians are not virtuosos, the vocals are occasionally flat, the production is mildly hollow even for 1980, and the lyrics are sometimes cringeworthy, especially when viewed in our post Spinal Tap world. But the clichés have to come from somewhere. And in between all these flaws  is genuinely thoughtful heavy metal, with colourful riffs, energy, and an undeniable enthusiasm. This also proved to be quite the influential release. For an album that is generally cast into the heavy metal cannon, the legacy it left to extreme metal proved to be the longer lasting. It was distinctively not fun, the lyrics often turn to heavy themes of freedom, loss, and obsession. The solos are nearly neoclassical in their flare. All this served to remind many in the scene that heavy metal could be serious and brooding as well as energetic, at a time when older artists such as Judas Priest had seemingly given up on such a pursuit. 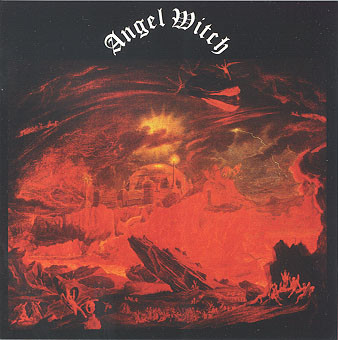 For this reason, despite its naivety of execution, this album and others like it were a herald that metal could and should aim for more. It proved that you could produce vibrant, energetic music, whilst still adhering to a sinister aesthetic, a roundabout way of stating the mantel for much extreme metal to follow. Again I would reiterate the danger when analysing these older albums of doing so in the context of their place in history, rather than works in their own right. It is inevitable for myself that I should look at this album in terms of the legacy it bequeathed to extreme metal. But it is important to note that by the mid-1980s, heavy metal was not done, and still had much to offer the world. Enter Cirith Ungol.

These North American metallers had already been on the scene for some time when their second effort ‘King of the Dead’ was released in 1984. Due to the time lapse between this and their debut of 1981 ‘Frost and Fire’ the experiences are wildly different. The band took complete control of production this time around, which gave these musicians the freedom to explore their potential. If Angel Witch opened the door for heavy metal, Cirith Ungol walked through it. What we have here is a work nothing short of neoclassical heavy rock. The vocals fully embrace the falsetto of Rob Halford, and to the uninitiated may come across as extremely jarring if not in the right headspace. The solos are extensive and scattered liberally throughout the album,  without becoming tiresome. And the speed is never breakneck, but its influence on power metal to follow cannot be denied. To some extent this album bridges the gap between the classic heavy metal of the 1970s and the much faster speed/power metal of 1980s, despite being released in 1984. And by this point the influence of classical music cannot be denied, with a cover of Bach’s Toccata in D Minor seamlessly working its way onto the track list. Despite ‘King of the Dead’ being their best known work, Cirith Ungol played second fiddle to many of their lesser able piers in terms of their place in posterity. Partly because this is such an odd release, ambitious, jarring, with extremely idiosyncratic production (for want of a better description).

It took a long time, but combining the no thrills doom of Black Sabbath, the neoclassical flare of Judas Priest, the falsetto screeching of Rob Halford and Ian Gillan, with the ambition and scope of prog rock, all these elements combine in Angel Witch, and reach their true fruition in Cirith Ungol’s ‘King of the Dead’. Angel Witch’s efforts deserve more credit than they got at the time, but unfortunately the band fell apart almost as soon as the tracks were laid down, and all momentum was lost.