It’s been a tough decade for black metal. False profits have lurked round every corner. Reasonable metrics of quality have been dismissed as the elitist ramblings of arbitrary cultural gatekeepers, or worse, just plain backward looking. This has allowed shallow novelty or avant-garde free-for-alls to define not only what counts as new and innovative, but to set the very terms of that debate. But scattered artists across the world have in one sense or another kept a flame burning in the night. Carving out a gradual and patient evolution of what has gone before. Some may claim that these have not aged all that way in the light of the revival of the underground scene in the latter years of the 2010s, but to dismiss them outright would be a blunder all the same.

Arizona is probably the least black metal place in the U.S, well, that and Hawaii maybe. But here is found the one man project A Transylvanian Funeral, a name seemingly designed to fudge over this talking point. And sole member Sleepwalker has been quietly churning out raw, lo-fi black metal albums in the bowels of the underground, before switching to the more recent project Temple of Abraxas. A Transylvanian Funeral’s second LP, 2010‘s ‘The Outsider’ is one of those albums that manages to hold together as a thematic whole, and yet touches on many traditions and styles within the genre as it progresses. This is certainly the best produced of this project’s output, with cavernous drums, a massive guitar sound perfectly poised between atmosphere whilst allowing for a degree of technical showmanship. The distant vocals range from a late 1980s old school thrash sound to more conventional high-end screeching. 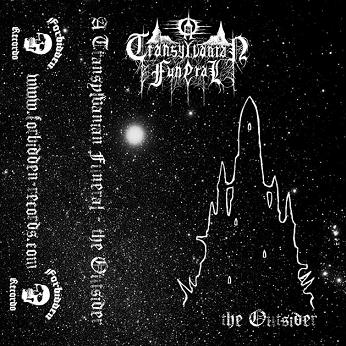 We have to draw attention to the drums first and foremost for offering a tight, technical, and relentless barrage of precision and variation. This provides a solid and at times dominant basis for Sleepwalker to build his epic, soaring melodies as they collide with a straight up bludgeoning of blackened thrash. The album is over an hour in length, but the variety both in style and mood make for a surprisingly fluid listen. The album zips by with each transition feeling intuitive, following the internal logic of Sleepwalker’s approach to constructing melodies. New riffs are pleasingly anticipated by the last. Despite this variety there is a certain uniformity to the layering of this music. Tracks will often open with a simple melody, after a few repetitions a simple accompaniment is added, before varying the tension by means of a key change or shift in tempo, then bringing us back to the original melody. Despite the difference in style, this feels like watching a Summoning track play out in twice or three times the speed. And because this is applied to a number of different styles and approaches to black metal it offers the album a thematic unity over above mere aesthetics.

The bass is certainly present, although in the most intense passages it is more of a presence than a separate instrument that can be followed. However, there is more complexity to the basslines than one finds on a lot of black metal in a similar vein. Because of the soaring nature of the guitars, the tremolo picking means they dwell on notes for longer, and melodies take longer to unfold as a result. This is what gives black metal both its intensity and its subtlety. Usually, the guitars are high enough in the mix to be the dominant force on the record. Therefore, using the bass to pick out complimentary or sometimes more complex lines beneath can add another dimension to the music. Certain tracks on ‘The Outsider’ exemplify this, in a way similar to Gorgoroth’s ‘Antichrist’. This is an accomplished and multifaceted album, the layers of which were sadly lost on many tourists of the underground at the time.

Holland’s Kaeck – featuring guitarist Kruitwagen from the legendary Dutch outfit Sammath – came and went in the blink of an album, by the name of ‘Stormkult’ in 2015. Prima facie this is a fairly meat-and-potatoes European black metal affair, assembled from slightly more sluggish blast-beats and laboured riffs than Sammath. The production is not so much raw as muffled, as if we’re listening to the mix whilst submerged in a swimming pool. However, far from being a detriment, this ear-battering received from a distance adds a layer of unique atmosphere to the proceedings, especially when the simple yet elegant keyboards kick in from time to time. Vocals flow between a black metal rasp to pained and passionate imprecations that add an additional dimension of drama to the experience. 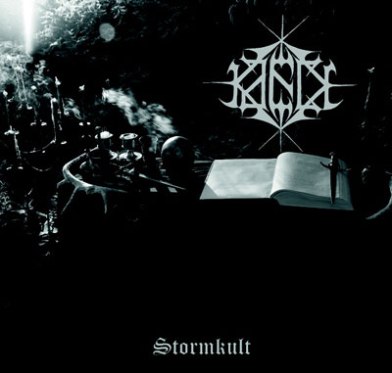 But what starts out as a very familiar experience for the seasoned black metal fan quickly morphs and mutates over the course of ‘Stormkult’s all too brief runtime. As with a lot of music, it is not the riffs or chord progressions themselves that create the poise and the tension, but the transitions from one to the next, the spaces between the music. We may begin with an off-the-shelf riff in a standard minor key (dare I say even slightly boring at times), we are then forced through several transitions and shifts in pitch and intensity so that – by the conclusion of the track – we realise how carefully crafted the whole was from start to finish. This is achieved whilst rarely deviating from the dominant tremolo strumming. So tightly strung are these compositions that simply amending the length that each chord is held for has a profound affect on the emotional core of the music. At certain points throughout the album, usually when the chord progressions become busier, the keyboards will pick out a simple melody or harmony to accent this further. Simple yet evocative minor scale runs (sometimes reminiscent of Howard Shore’s ‘Lord of the Rings’ score) supervene on this bare-bones foundation.

Because these more complex themes are not so much placed on top of the basic black metal backbone to this album but buried within it, they are easy to miss. Especially as the album really does fly by in just over half an hour. But that does not detract from ‘Stormkult’s value as one of the finest black metal releases of the last decade. It both builds on very familiar aesthetics and techniques, but also, with only the most minor adjustments to these techniques, manages to carve out new creative spaces all of its own. One must also point out that the album rarely alters tempo. The drums keep to a near constant mid-paced blast-beat, which only further emphasises the changes in key and tone from the rest of the music. Other forms of metal, halve the tempo, add a fill, or employ one or another shift in the rhythm section to denote transitions in key, or to signal a coming guitar lead or bridge. But here, because the pace and intensity remain homogenous throughout, the subtle progressions the other musicians work through feel fluid and free, and are ultimately dripping with potential as a result.

So what to conclude from these gems of a modern era? Granted they are five years apart. But I cannot help but counter-intuitively point out that advances in music are happening slower and slower in the age of the internet. Sure, releases come thick and fast and our access to them is pretty instantaneous. But as a result, wider trends are harder to identity due to the sheer volume of content we must trawl through to identify them. Five years may seem like a long time if we look at metal in 1985 compared to 1990. But not so when comparing 2010 with 2015. Changes happen, but they take longer for us to pick out and stake a claim in defining. Stylistically, ‘The Outsider’ and ‘Stormkult’ are very different experiences. Despite the cross over, ‘The Outsider’ has a clearer, more polished production which is put in service of an album that touches on many styles whilst holding together as a whole. At first glance then, ‘Stormkult’ may appear to be the less ambitious release, focusing as it does on one very specific strain within black metal. But herein lies the deception. ‘Stormkult’ is an album dense with ideas. What at first appears to be limitations is merely the perfection of a craft. By comparison, ‘The Outsider’ touches a much wider scope of influence, but – whilst being a fantastic listen regardless – can hardly be said to have perfected any of them. For that reason ‘Stormkult’ is the pick of the week. But ‘The Outsider’ gets a strong recommendation nevertheless.