Compared with current crop of much modern extreme, the blissful early 1990s look like a careffree wonder-world of colour and good cheer. Yes, I am talking about death metal. For all its violence, darkness, and heavy themes, those heady early days look unashamedly cheerful through the lens of history. The dirty little secret about death metal in its heyday? It was born in an age of hope for Western Europe and North America where the vast majority of it was produced. And it reflected that hope insofar as the morbid ‘what ifs?’ of the themes it ruminated on were based on fantasy.

Death metal openly acknowledged on more than one occasion that its thematic obsessions were situated behind a veil of fantastical distance. The 2010s were a much darker decade than the 1990s, and our current very real world problems are likely to get worse before they get better (if they ever do get better that is). Our fears are no longer at arm’s length. They are a part of daily life. As a result, a lot of extreme metal is no longer exciting and born of hope…it’s oppressive, joyless, despondent. Here’s some albums.

If you’re sick of being compared to Incantation, maybe you should stop sounding exactly like them. There is literally nothing more to say on Father Befouled’s second LP ‘Indulgence of Seraphic Grace’ (2012). The quality of this album depends on the standards used. Incantation’s influence  is writ large across the face of death metal, but Father Befouled feel more like a tribute act than an entity all of their own. Now credit where it’s due, this is no mickey mouse operation, they are incredibly good at sounding like Incantation. If McEntee and the boys had released ‘Indulgence of Seraphic Grace’ I would be hailing it as a triumph.

The guitars are bass heavy, finding that balance between ringing out the doom sections while allowing enough clarity to let the tremolo riffs shine forth. They do a fine job in creating an oppressive, all consuming atmosphere. Father Befouled are not afraid to indulge their doom tendencies; which manage to maintain tension through empty spaces between the heavy tritone riffs. They are not afraid to allow gaps and fades before crashing into blast beats, a method which could induce boredom in less competent hands. 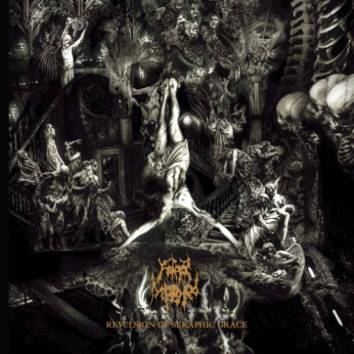 Beneath the superficial however, there are idiosyncrasies to Father Befouled’s sound. Solos are used sparingly, but when they do arrive they jump out of the music to completely take over the structure. The presence won’t so much accent a passage as deconstruct it entirely. A typical Incantation track will begin with a cacophony of riffs, before breaking them down into their most basic components, often in conjunction with slowing the tempo right down, before gradually building everything together again.

Father Befouled on the other hand begin with a similar method, but instead of rebuilding the structure in the final act of a track, they stretch out the deconstruction phase. This does add a layer of intrigue as one begins to speculate on where they may be going. Sometimes it sadly leads to nothing. Other times, when they let their imaginations go, it can be a delight of death/doom metal of an expansive and ambitious nature. Credit where its due, they know their craft, and if you like what it says on the tin…then these guys do it.

Oregon’s Symptom are a mysterious bunch. Their debut LP, ‘Opulent Atrocity’ (2013) is a funeral doom album disguised as death metal. Or is it the other way around? No…no it’s not. Aesthetically it is very much in the funeral doom camp. The vocals are covered in reverb, making them sound as if they are emanating from a vast empty room. The guitars are chunky and oppressive, and simple crush the listener into despondency. Scant keyboards accent the longer repeated refrains with a gentler, sorrowful aesthetic, which in their context offers a welcome reprieve.

But the doom aspects to this album can be found deep within the structures Symptom employ as well. Despite much of the music being played at a death metal pace (and a pretty fast one at that) most of the riffs are structured towards a doom metal framework. They are usually made up of tritones and minor keys as opposed to atonal; just as they all appear to have been written with slower tempos in mind, even though many are not. There are riffs aplenty, but due to the highly stylised presentation one gets the feeling that this was intended to be enjoyed as a series of atmospheres and moods of differing intensities rather than at the level of its musical architecture (although the latter level is present and engaging for the interested ear). 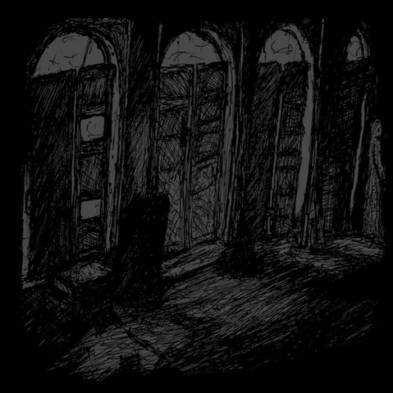 This is all consuming metal. Even in the fast paced sections the music does not wash past the listener in a cleansing blaze of glory. Rather it weighs heavy on the psyche with a power and darkness that leave their mark. The veil of fleeting joy is lifted to reveal the true forces at the heart of your existence. Symptom achieve what much extreme metal aims for without relying solely on surface level adornments to achieve this goal.

I don’t want to overplay the ‘Father Befouled are an Incantation knock-off’ card. They are more an expansion of a few aspects of their forefather’s sound, and a damn competent one at that. There’s simply no question that it’s quality death metal and therefore worth at least one spin from any fan worth their salt. But ‘Opulent Atrocity’ is a rich and layered exploration of hopelessness that offers new pathways and ideas with each new listen. It is therefore my pick of the week, and vastly underrated work of the 2010s.