The belief that a key hallmark of raw black metal is music that intentionally alienates the listener is mistaken. Harsh vocals, distorted yet thin guitars, blasting drums, and shocking production values; all those descriptions do indeed apply to much black metal, but many musicians and producers tailored these low-fidelity values deliberately to create the desired aesthetic. Seen in this light, Darkthrone’s black metal trilogy is actually an artfully produced set of albums. Wafer thin guitar tones, overpowering vocals, and tinny drums; all serve to deliver the grim, cold experience they desired. So here’s a feature on a couple of artists that took things a step further, and used the harshest sounds possible to create music that was simultaneously unbearably irritating and impenetrably noisy.

Originally the drummer for death metal legends Incantation, New York’s Paul Ledney turned to black metal in 1990 in light of death metal’s growing popularity. Ledney formed the short lived flame known as Profanatica, which lasted a mere two years before disbanding. Ledney carried on under the moniker Havohej, and took Profantica’s collected demos, re-recorded them and added some new material of his own. The result was 1993’s ‘Dethrone the Son of God’. After the first batch of listens, the first thing that stands out is the blandness. Especially when considering that all the individual components that make up this release should result in the opposite of bland. It remains a confusing paradox. Ledney bashes the drums with all the primal aggression he can muster. His persistent tom rolls and mid paced blast beats may be basic but they dominate the architecture of every track. 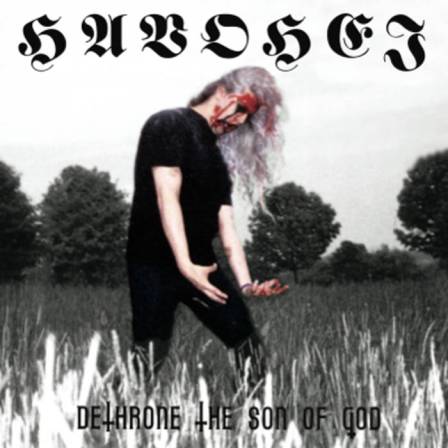 But whilst they don’t sound weak – in fact they are crystal clear in the mix – they fail to hit home. Aside from the actual playing, nothing can be said about how they were enhanced in the mastering of this record. The same is true of the guitars. Simple powerchord riffs chug along, augmented by sporadic tritone and minor chord play, but there is nothing about them that can actually be said. Aside from very basic and underwhelming distortion the guitar track itself is completely unworthy of note. The bass, what can be heard of it, suffers from much the same issue. And lastly, Paul Ledney’s vocals are a standard mid-range rasp reminiscent of Quorthon. Reverb is applied sporadically throughout to add emphasis, but aside from that his vocals remain unadorned with anything approximating enhancement.

So what’s the point of ‘Dethrone the Son of God’? Paul Ledney’s style has always been deliberately basic, and the fact that he is actually a very competent musician only lends to the almost robotic style much of his music leans towards. This album is made up of only the most basic building blocks of composition, played with machine like precision, which – given the beige production values of DTSOG – leaves us oddly uncomfortable. We know that this music should make us feel overpowered with aggression, helped along by ridiculously over the top blasphemous lyrics, but instead we are left looking at a parody of music. Familiar components have been forced through a kaleidoscope of nightmares, and our ears are left knowing that something is just a little bit off, but unable to explain why. It’s a truly unique achievement that I find myself unable to put my finger on.

Speaking of sick parodies of music, have you heard of Ildjarn? After a brief stint in Norwegian death metallers Thou Shalt Suffer with the future members of Emperor, Ildjarn went solo with his own raw black metal/minimalist ambient project. After Varg Vikernes he would prove to be one of the most divisive artists to come out of the Norwegian scene. Very little is known about Ildjarn the man other than his acute misanthropy. His creative output saw a high volume of releases in the mid-1990s, of various EPs, demos, and full lengths, sometimes joined by long-time collaborator Niddhogg. ‘Forest Poetry’ released in 1996 was the fourth of his solo LPs released in the space of two years. It saw him consolidate his unbearably raw and minimal take on black metal further, and proved to be the ultimate dead end for this overly bespoke style.

You will be lucky to get more than three chords in a track on ‘Forest Poetry’, with the guitar and bass distorted beyond reason. Drums play….sometimes fast…sometimes slow….vocals are…distorted, there’s really not much more to say. For nearly an hour this album does everything it can to alienate even veterans of noise. Let’s be clear, there is more extreme music out there. It’s not the fastest, most distorted, it’s not even the most abrasive in terms of production values. The music is made of the most basic and familiar of building blocks, like a computer designed to create music from a highly limited data set. The result is a twisted parody of something we feel is familiar reflected back at us in the most horrific way imaginable. There are zero dynamics, zero variation, just constant, abrasive chords, pounding yet underwhelming drums, and raspy vocals. 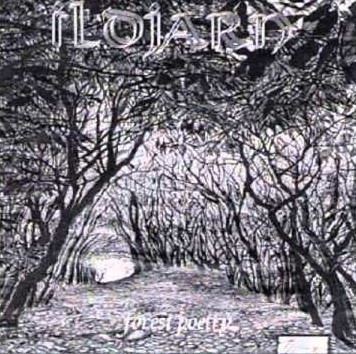 But occasionally, very occasionally, a harmony rises just above the cacophony of noise. And no matter how insultingly basic this harmony is, its effect after such extended periods of sonic torture is akin to putting the hammer down after hours of knocking yourself on the head with it. This is a staple method of album construction for Ildjarn, and it reaches fruition on ‘Forest Poetry’. ‘Dethrone the Son of God’ is a well-played and varied (by comparison) album that unsettles the listener through the sheer straightforwardness of its execution. ‘Forest Poetry’ overpowers the listener with the underwhelming foundation of something approximating music, packaged in the most torturous aesthetic possible.

Now I know why people don’t like the experience of an Ildjarn album, and are all too often tempted to claim that people like me are manufacturing an artistic and intellectual experience from his music where none is to be had. But the message of Ildjarn is not one of ‘purity’, ‘integrity’ or a representation of organic nature. The message of Ildjarn is a rumination on the banal, the unbearable monotony of existence. Extraordinary things happen so rarely, maybe once or twice in a lifetime, a fact that leaves so many of us dissatisfied with our lot no matter how convenient our lives become.

The music of Ildjarn is tedious, simple, repetitive, and sometimes unbearably abrasive, but just occasionally a light shines forth, and this rare contrast throws into sharp relief the power that music can have. In order to come to this realisation, Ildjarn must first bring us to the point of insanity at just how monotonously boring music can be, before building us back up, lifting us out of the sick parody he created. He makes us see the great stretches of normality’s torture that lie before us, punctuated by the ever present anticipation of revelation lurking in each moment.

This tearing down of the human condition by way of a draconian musical ideology can only happen once. The point has been made by Ildjarn’s music. It is not improved on by Brooklyn hipsters getting hold of a copy of ‘Forest Poetry’ and rehashing the noise through the meaningless lens of whatever critical theory degree they are studying. It is not lent any extra intellectual weight by picking and choosing favoured elements in a transparent attempt to distinguish modern American black metal from the ‘hate’ and ‘negativity’ of the European old guard. Talentless hack or one of extreme metal’s genuinely unique minds, Ildjarn’s music had a message all too often misunderstood by advocates of both views.

For Havohej, the unsettling blandness of DTSOG just misses the mark in this regard. However, the post 2000 releases of the revamped Profanatica that Paul Ledney has been leading are well worth some attention. They strip the shortcomings of these earlier efforts. Ledney and the gang spent more time in the studio perfecting the impact of these brutally simple compositions, and I would recommend every release of theirs so far. But pick up a copy of ‘Dethrone the Son of God’ if you can, if for no other reason than:

One thought on “The real masters of abrasion: Havohej and Ildjarn”