The other day I was walking to work listening to Slaughtbbath, a standard fair primal black metal outfit from Chile. And like the vast majority of dirty black metal artists, they ‘sing’ about blasphemy, desecration of the sacred, gore, death, all the lovely violent themes common to this violent variant on extreme metal. Occasional lyrics can be heard above the cacophony of noise. But even a cursory glance at the track titles will tell you all you need to know about the themes explored here without the need of a lyrics sheet.

Then something occurred to me, when a lyric became audible above the music, it was: ‘something-something-something…laying waste to all of mankind’ or some such approximation. And the first thought I had was: ‘referring to humanity as “mankind” is a bit un-PC in this day and age isn’t it?’. Self-awareness then kicked in, checking the absurdity of this thought in the context of extreme metal, music that is so obviously designed to be as offensive as possible at every turn. I mean, the album I was listening to is called ‘Contempt, War and Damnation’. 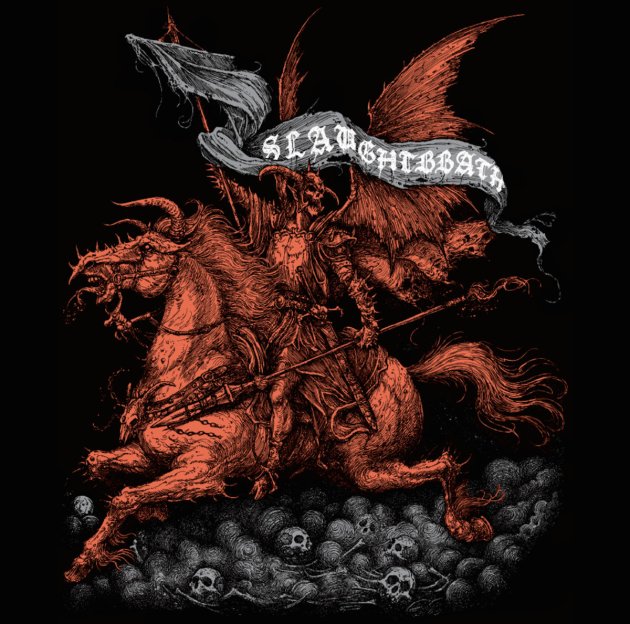 But then I got to thinking some more. Many of metal’s stereotypes, as demonstrated by Slaughtbbath, would be considered traditional by many, even archaic. It is still fixated on very traditional gender stereotypes, many metal acts focus on national pride and the many traditions that come with this, sometimes healthy, sometimes slipping into nationalism; metal focuses on individual strength, as opposed to collective endeavour, or else an ‘us and them’ mentality, it focuses on over the top theatrics and drama as opposed to subtle metaphor and duality of meaning.

Banding together a subculture as vast and varied as metal is futile, but these common themes do run through the many sects of metal in one form or another. The contradiction at the heart of this is whether metal is traditional or progressive, conservative or revolutionary? Or is it just contrarian for the sake of it?

In the 1980s metal was attacked for corrupting the minds of young people. It was not just the promotion of substance abuse, satanic messages, and the encouragement of rebellion in young people, it was also the negative portrayal of women. Few can argue when looking at the popular metal of the 1980s that women were treated as mere objects, when not posing scantily clad for photoshoots and music videos, outright violence towards women was often portrayed in a manner too enthusiastic to be called artistic license.

The attack on metal from the conservative right in the USA was just that, a reassertion of conservative values in the face of the perceived threats posed by metal culture. One of these was the portrayal of women as gratuitously sexualised. They believed in the dignity of femininity, but these were hardly champions of feminism. To progressives of the 1980s metal was seen as too over the top and camp to be taken seriously, but nevertheless an interesting cultural artefact, one that deserved to be defended against attempted censorship on the one hand, but also gratuitous and offensive to feminist values on the other. Through the lenses of Satanism, gore, or even just party culture, metal has never really been a champion of gender equality. But maybe this should be given the same artistic license as other violent forms of art, horror and slasher films, comic books, and Stephen King novels.

More recently this trend in metal is turning, some artists (mostly female), have started to write music specifically addressing male violence towards women. But on the whole, it is modern metal’s silence on gender equality that is most notable, as opposed to the outright objectification of women and celebration of violence towards them. Outside of gender equality much of the metal community is still revelling in causing offense to conservative values, but aside from hysterical fanatics in the bible belt, the conservative community at large has bigger fish to fry now.

We are witnessing an interesting transition in the narrative of socially right wing, conservative thinking. And this school of thought’s changing relationship with metal and youth culture is a mere microcosm of this. Political correctness, many argue, has run its course, and no longer serves a purpose. It has created an overly restricted language designed to shelter people from hearing views they disagree with. The flashpoint of the debate is often university campuses, where speakers are prevented from appearing, where universities allegedly ban the study of certain books previously considered required reading, and where traditional binary gender identities are being torn down. There is outrage at how sheltered these students are, and the danger they are courting by restricting freedom of speech in this way. I have even read articles that liken the hysterical behaviour of the so-called snowflake generation to the hyper puritanism of early Protestantism.

And herein lies the bizarre genius of the new right and its portrayal of students and young people. Young progressives are now the puritan snowflakes. Once champions of progress, young people are now the agents of censorship and insane moral fidelity. Where once Tipper Gore and her allies were trying to censor youth culture, now youth culture is trying to censor older people’s right to freedom of the speech.

The content of the arguments made by each side are more complex than this obviously, and they often pivot on different interpretations of historical context and symbol interpretation. But now student societies and unions are being portrayed as draconian censorship lobbies, preventing freedom of speech and open debate, and the new right (traditionally aligned with social conservatism and free market economics) can position itself as the hub of the maverick, boldly speaking out in the face of threats and pressure groups.

It allows Trump to be seen as a bold maverick, saying what he thinks regardless of who he upsets, yet at the same time friend and ally of WASP America, a group famous for its moral outrage, which is often focused on youth culture. Now that the young, trendy thing to do is apparently ‘take offence’, this means WASP America et al have been forced to move on to freedom of speech as their political battle ground. It is not an affront to god and good Christian values to question the moral status of a fetus, it is an affront to free speech.

Comedians who were once part of the alternative circuit in the UK are now mocking young people for being overly ‘woke’ (god I hate that word). Varg Vikernes, bastion of the alt right in extreme metal circles, has often mistaken people criticising his views for an ‘affront to free speech’. Once upon a time, all one had to do to shut down an argument they disagreed with was call it offensive. Now all one has to call it is a threat free speech. The obvious flaw in this logic is that the mere existence of an argument – one that you disagree with – does not take away your freedom to speak to the contrary. Not so with views perceived as offensive. 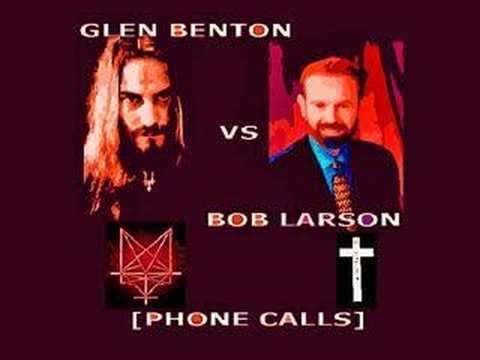 Nevertheless, a threat to free speech is the new brush to tar people with, and to shut down other’s views from the first. Young people are now apparently arguing that political correctness has not gone mad enough. So a new sacred cow had to be offered up , an easily memorable phrase that instantly sounds like a threat to mainstream values. Any argument contrary to maverick alt-right thinkers is declared an affront to free speech. This argument is given legitimacy because of a few scant stories from university campuses of no platforming, new codes of conduct, new lists of banned books. Whatever truth there is to these reports has now been used to generalise about an entire generation of people who are apparently not emotionally equipped to deal with the world. Conservative Christians used to find Twisted Sister offensive. And Dee Snider had to argue for free speech and artistic interpretation. Now progressive millennials find the sitcom Friends offensive. And the political space once occupied by conservative Christians now argues for free speech and the need for the young to toughen up.

In the 1980s metal found itself the target of conservative Christians. In the 2010s it has been the target of progressivism. The hammer of metal has continued to reassert regardless, precisely because superficially the arguments look the same. Metal is attacking a set of values because they feel safe, normal, because they feel moral.

The substance of arguments around what is permissible in art, in public discourse, in language, and what values should be positively promoted, this has not changed on a fundamental level since the 1980s. But the way both are presented to the public has almost completely reversed. This was played out in miniature on my walk into work, listening to Slaughbbath, and thinking that the use of the term ‘mankind’ was a bit archaic in this day and age, until I remembered that the track I was listening to is called ‘Astral Rape’.